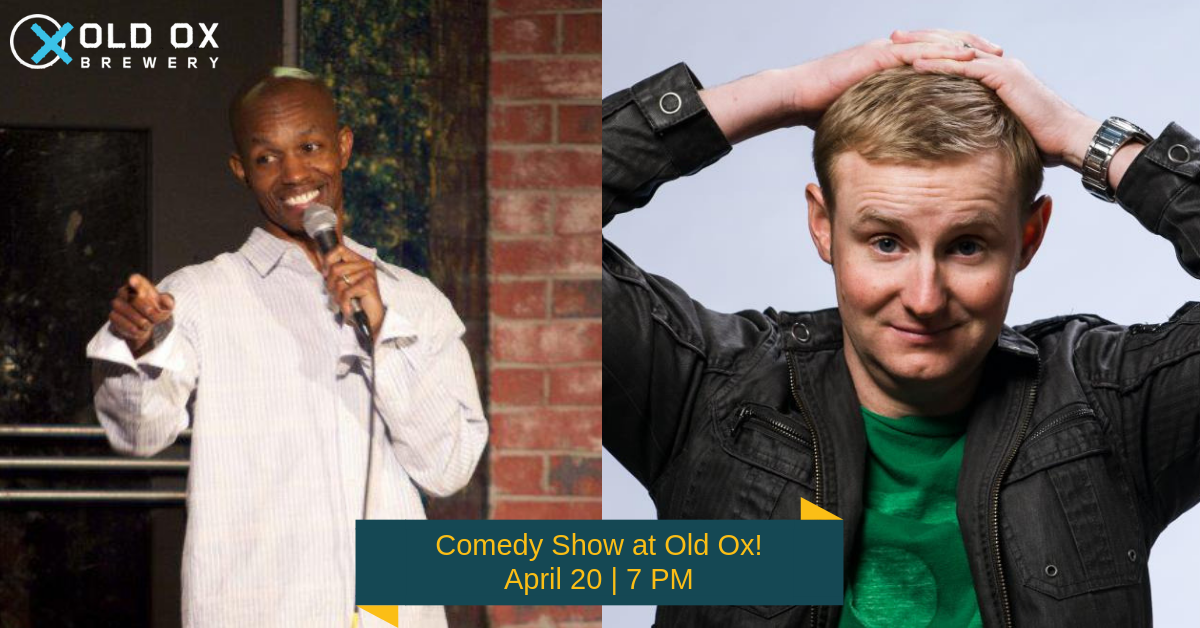 Join us Saturday, April 20 for a night of lagers and laughs from 7:00 p.m.- 9:00 p.m. featuring nationally acclaimed comedians: Keith Bender & Lucas Bohn. Doors open at 6:15 and seating is first come, first served. Get here early to grab a seat, food from Saffron Gourmet and a beer!

Tickets are only $25. Get them before we sell out! Get your tickets here: https://bit.ly/2EiKlHi.

Keith Bender has become one of the hottest comedians on the rise today. A native of Chicago, in the lunchroom and on the school bus is where Keith would find his niche for making people laugh. After being challenged by a friend to get on stage to see if he was really funny, Bender began writing material and taking command of the stage. He has worked with various comedians including D.L. Hughley, Rob Schneider, Eddie Griffin, Ron White and John Witherspoon. Keith’s physical style, creative voices and sound effects bring laughter to all.