Science on Tap: The Bomb Detective 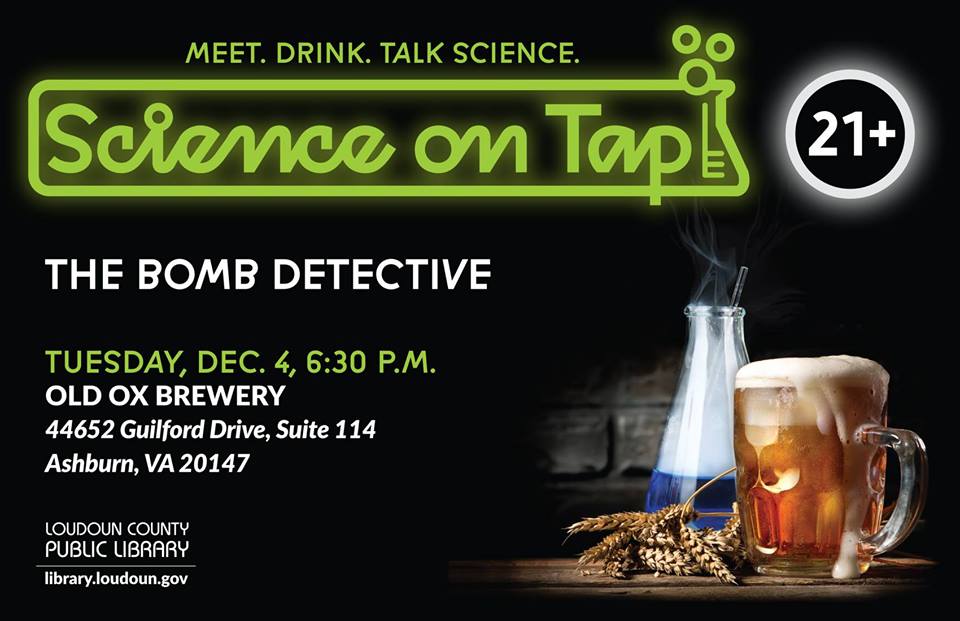 Join us on Tuesday, December 4 at 6:30 p.m. to go behind the scenes of the FBI’s bomb lab with Chief Explosives Scientist Kirk Yeager in the next installment of Loudoun County Public Library‘s monthly series at Old Ox Brewery. After a terrorist’s bomb goes off, the race to put it back together begins, and it’s usually led by Yeager. Hear about how the FBI investigates terrorist-made explosives and works to find new ways to detect and stop them.

To learn more about this program as well as upcoming installments of Science on Tap, visit https://bit.ly/2GmcUSW.