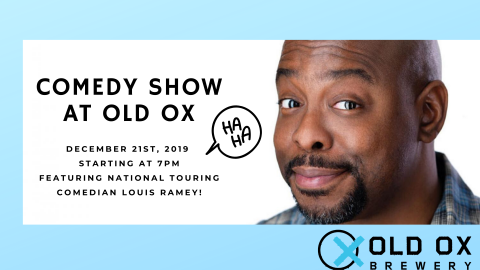 Join us on December 21st at 7 pm for a special comedy event featuring comedy veteran and world traveler, Louis Ramey. Louis can be seen currently hosting TV Land Prime Movie Block’s. Other recent TV appearances include TBS Presents: A Very Funny Festival: Just For Laughs, and TBS Promo’s Bitcoms. You have seen him as a finalist on NBC’s Last Comic Standing, NBC’s The Tonight Show with Jay Leno, ABC Daytime’s The View and NBC’s Last Call with Carson Daly among many other television appearances in the U.S., Canada and abroad. Louis is a guaranteed crowd-pleaser. Make sure to get your tickets fast before the show sells out!