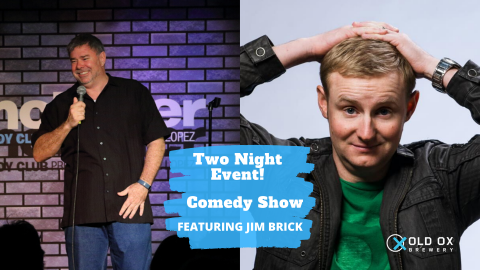 Join us for a two-night comedy event! Featuring Jim Brick! Jim Brick has performed for the past 30 years on cruise ships, comedy clubs, and corporate events. His laid back demeanor combined with his hysterical stories makes him one of the most requested comics touring today. A native of Tennessee, Jim’s brand of southern comedy is often compared to Jeff Foxworthy and Larry the Cable Guy. Jim has appeared on CMT, ABC, and Showtime.

Trust us, we’re a much better date night than ‘Netflix and Chill’!

Join us on February 15th for a night of fun and laughter! Buy tickets now!