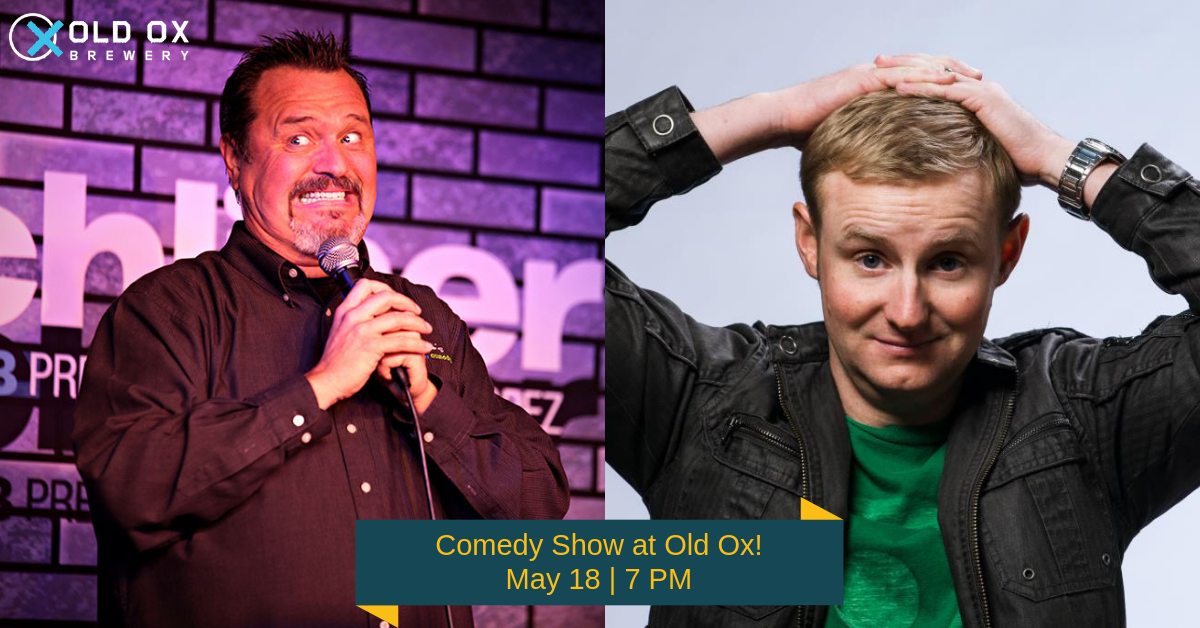 Join us Saturday, May 18 for a night of lagers and laughs from 7:00 p.m.- 9:00 p.m. featuring Lucas Bohn and national touring comedian Kelly Terranova. Doors open at 6:15 and seating is first come, first served. Get here early to grab a seat, food from Killer Tomato and a beer!

Tickets are only $25. Get them before we sell out! Get your tickets here: https://bit.ly/2ZuIrw4.

You know, for a man who bills himself as “The World’s Only Vegetarian NASCAR Fan”, this comedian seems to have energy that you would think could only come from animal protein. When Kelly Terranova hits the stage, audiences are taken on an energetic, hilarious and slightly cynical look at America’s pop culture icons…from our fascination with figure skating to NASCAR to Crocs shoes to riverboat gambling. A former radio talk show host, Terranova’s material is often culled from the day’s headlines…there’s no time for this “routine” to get routine. Terranova is known as a skilled comedian who features playful audience interaction, making each show unique.

Kelly has been featured on CMT’s Comedy Stage, FOX Sports and the NASCAR Speed Channel. He was a finalist in both the Funny Bone Comedy Club’s World Series of Comedy and Carnival Cruise Line’s Las Vegas Carnival Comedy Challenge. Kelly has appeared with Michael Bolton, The Doobie Brothers, Jim Breuer, Brett Butler and Tim Wilson.