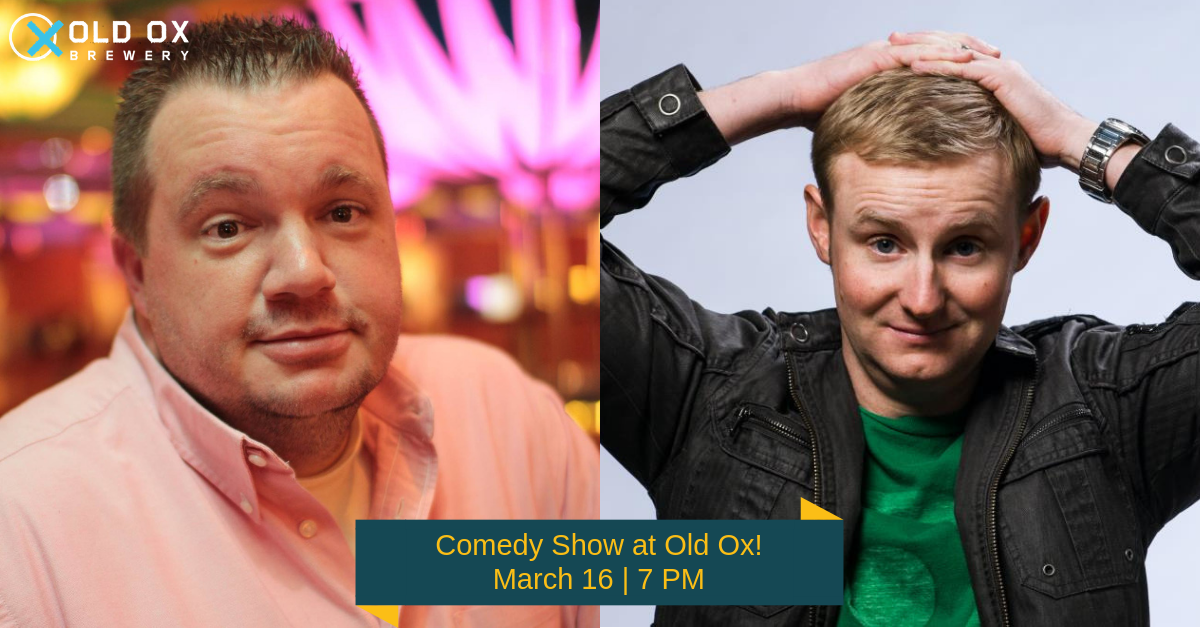 *THIS EVENT IS SOLD OUT*

Join us Saturday, March 16 for a night of lagers and laughs from 7:00 p.m.- 9:00 p.m. featuring nationally acclaimed comedians: Tony Esposito & Lucas Bohn. Doors open at 6:15 and seating is first come, first served. Get here early to grab a seat and a beer!

Tickets are only $25. Get them before we sell out! Get your tickets here: https://bit.ly/2EiKlHi.

As seen on Comedy Central and Hard Rock Live, Tony Esposito is a national touring comedian with more than 20 years as one of Carnival Cruise lines’ top ranked comedians. A true heavyweight of comedy, his Italian American and southern roots makes his self-deprecating humor a show not to miss!