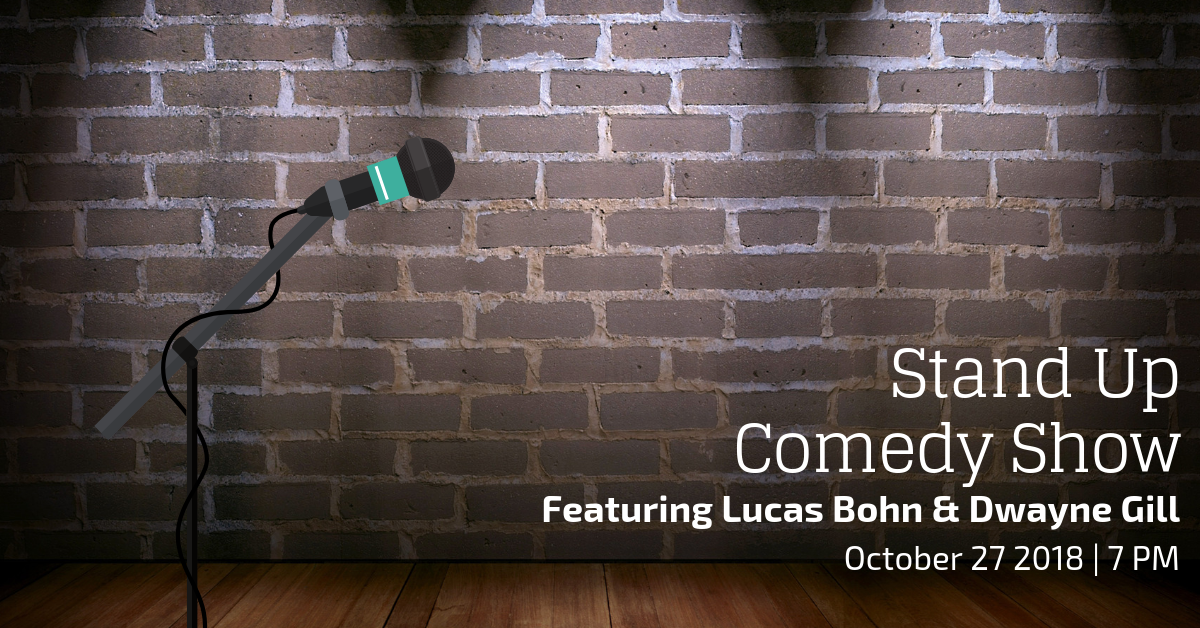 Comedy Night at Old Ox is back! Join us for a night of lagers and laughs with Lucas Bohn and Dwayne Gill! Doors open at 6:15 p.m., show starts at 7:00 p.m. Get here early to grab a beer and food from Smiling Tummy Thai. Buy your tickets to the show here.

Lucas Bohn is energetic with an edge. The perfect blend of schoolboy charm and bad-boy charisma, his comedy is both smart and audacious. Known as the little guy who generates big laughs, Lucas has shared the stage with Dave Chappelle, Jimmy Fallon, and Kevin Hart. Lucas’ high-energy shows and hilarious impersonations make him an instant hit with audiences of all ages.
In 2013 Lucas was nominated “Comedian of the Year” by Campus Activities Magazine.

Dwayne Gill is A Marine, A Cop and A Comic! Dwayne’s topics range from current events, men and women relationships to the crazy situations he’s encountered as a police officer. Dwayne was voted “Best of the Fest” at the San Luis Obispo Comedy Festival, was the Wildcard Winner in the Stand Up its Miller Time National Comedy Contest with Kevin Hart and Best of the Midwest in Gilda’s Laughfest.